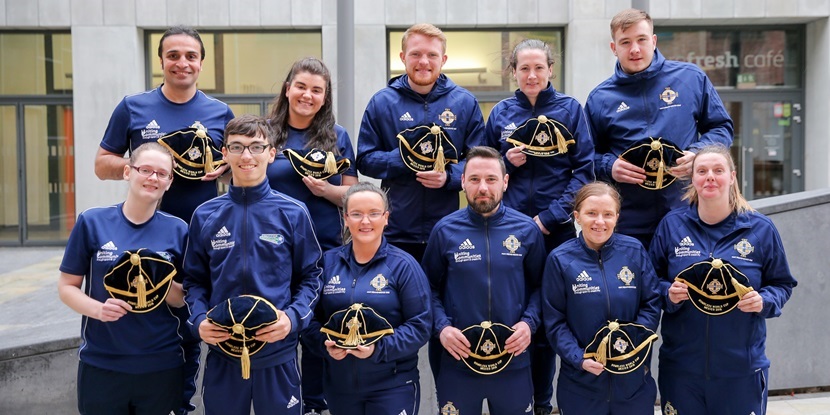 Street SoccerNI, sponsored by Choice, attended the Homeless World Cup in Mexico City in November 2018. This is the 6th time NI has been represented at the tournament.

The 2018 squad included  both a male and a female team, with 16 players who are homeless or have experienced homelessness taking part in the weeklong tournament to represent Northern Ireland. Both teams battled it out against more than 50 other nations. The Women’s team finished an impressive 14th in their competition, with the men’s team reaching 27th place in their competition.   Although  the teams came home without a trophy this time , the squad did manage to pick up two awards, ‘Best Female Coach’ and ‘Best Female Player’. This was great recognition for the training, support and commitment shown by the players and the staff and also the first time NI have won a coaching or player’s award.

Justin McMinn, Manager and Co-Founder of Street Soccer Northern Ireland said: “This trip was a once in a lifetime opportunity for all the players, a chance to represent your country in an amazing place like Mexico. We’ve already witnessed the positive impact of the trip with players obtaining housing, jobs and coaching qualifications on their return. Players are now filled with confidence and motivation and believe they can now achieve anything.’

Participating in the Homeless World Cup is a life changing event. Each player receives training and support over a 6 months’ period. The benefits the players receive are: better physical and mental health, increased confidence and self-esteem, motivation, structure, discipline, breaking out homelessness, overcoming addictions and gaining employment and education.

Only 6 out of the 16 are currently homeless

10 now have their own accommodation or living back with family

6 people got into full or part time employment or education.

13 people have completed their level one coaching through IFA

Brian Lyndsay, player, said: ‘The football was amazing, very fast, very warm and a great experience playing against all the different nations and against quality opposition. It was a life changing and eye opening event. It gave me a new perspective of my life and living situation. It’s also given me the confidence and belief in myself for the next chapter of my life. Since returning from Mexico I’ve become an ambassador for Dame Kelly Holmes Trust and got a full time job with Stena Line and I’m looking at getting my own private rental soon.’’

Keira Moss, player, added: “I was very proud of going out to represent our wee country. We all got well looked after by Street Soccer, everything was very professional. Playing football in Mexico is up there with some of my best places I’ve played. We went out to do our best and we done very well as a team that came together through street soccer and what it represents. I won player of the tournament and I was very proud of that for myself but also for the team. I’ve still stuck with Street Soccer after Mexico because of the friend’s I’ve met.’

Congratulations to the entire squad on their achievements and in particular the players.